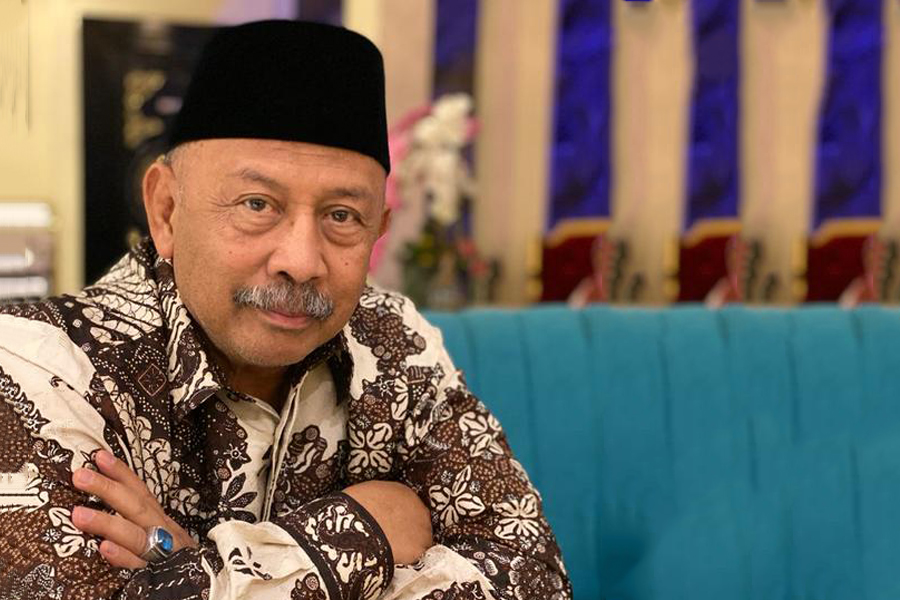 Indonesia has big plans for development. President Joko Widodo has been meeting with UAE Crown Prince Mohammed Bin Zayed Al Nahyan to discuss the two nations’ close ties and ways in which they can cooperate to improve food and energy security in Indonesia, the world’s most populous Islamic nation. This new era of cooperation has been defined by a historically large deal worth $22.8 billion, which the UAE has committed to Indonesia through a sovereign wealth fund that will back infrastructure and energy projects. Indonesia’s ambassador to the UAE, H.E. Husin Bagis, discusses these and other projects in the pipeline

Diplomatic ties between Indonesia and UAE began in 1976. What have been the main milestones in this relationship?

Today this relationship is very, very close. One of the closest relationships between my president and other world leaders is with the leader of Abu Dhabi. This is partly because we do a lot of work here to talk with and lobby a lot of people. This is my job, to promote my country here, and a lot of high-placed Emiratis are familiar with my name. But why the interest in Indonesia? There are other big Muslim countries in the world like Pakistan or Egypt, so why focus on Indonesia today? For one, His Highness knows that that we are the largest Islamic country in terms of population, and another reason is that we are rich in resources – mining, energy, oil, gas, forests, anything an investor might need. And the third reason is that our president, Joko Widodo, is very humble and attracts trust.

We have big projects in the pipeline for food and energy security, and it is my dream to fulfill them with help from Abu Dhabi

There is a recent bilateral deal of US$23 billion in petrochemicals, construction, and renewable energy. How does this fit into growing bilateral trade and investment between both countries?

Previously, our countries only focused on trading. Our trade balance is $3.5 billion, but we have a deficit: we import $2 billion and export $1.5 billion, so we had to figure out a way of making up the $500 million difference. We are currently working on military sales to the UAE, offering top quality and well-priced defense products that will also help boost our exports. As for investment, we are trying to bring them in directly from Abu Dhabi to Jakarta. Mubadala, the global investment company, already had some projects in Indonesia 10 to 15 years ago, but these days it will work with more. The key is that where UAE companies used to mostly trade with Indonesia, now they are also investing. Other companies like Masdar, a subsidiary of Mubadala, is building the first floating solar photovoltaic plant, with 145-megawatts and using high technology. Our full target is 10,000 megawatts through renewables like geothermal, solar and hydropower.

You mentioned aerospace and defense. Can you tell us how Indonesia is looking to boost its military exports?

We sold the UAE the CN235 aircraft 20 years ago and today they are still using it. But now we are offering them a newer and more modern model, the CN219. Of course they have technology in Abu Dhabi to develop their own military equipment as well, but our prices are more competitive. I will bring Indonesian companies to meet Edge, an advanced technology conglomerate of more than 25 Emirati national security companies; I will also meet with Mubadala aerospace, and with the Air Force, to spread the word about Indonesia’s top-quality and certified defense products and their competitive pricing.

The Abu Dhabi National Oil Company (ADNOC), has signed a deal  with Indonesian companies for an LPG terminal. What can you tell us about it?

We use a lot of LPG and we want to build storage for it, so we need investment for this. I will also make an offer to Emirates National Oil Company Group (ENOC) in Dubai. So we are going to roll out not the red carpet, but the blue carpet for the Emirates. Our Minister for Maritime Affairs and Investment Luhut Pandjaitan and the UAE’s Minister of Energy and Industry H.E. Eng. Suhail Mohamed Faraj Al Mazrouei can deal with this issue directly.

How is UAE helping with the push towards a moderate and tolerant form of Islam?

When His Highness came to Jakarta in July of last year, he was only there for six hours, but he spent three whole hours in bilateral talks with President Widodo. His Highness is concerned about the image of Islam, and he would like to guarantee that Indonesia will be safe forever from extremism. He would like to build a mosque and an Islamic center in Indonesia to promote moderate Islam. As part of this drive we will also bring in 200 Imam for two years, to learn and then return to Indonesia. And we will build a new mosque in the president’s home town, Surakarta, partly mirroring the Grand Mosque in Abu Dhabi, to show people of the world how close the relationship between both countries is.

How is His Highness helping Indonesia set up a sovereign wealth fund?

We now have many investors coming from China, but the president is trying to give more incentives and make it easier for Arab and Muslim countries to invest in Indonesia. If we talk with His Highness first, other world leaders will follow, because he is very influential. The fund can invest in necessary infrastructure – ports, hospitals, whatever is required. It has $6 billion in initial funds.

Masdar, a subsidiary of Mubadala, is building the first floating solar photovoltaic plant, with 145-megawatts and using high technology

What is the importance of this fund to finance the new capital, in East Kalimantan, which is going to be a smart city?

This is going to be financed through the government budget, and beyond this by investors that do not necessarily have to be just the fund. Anyone wishing to build a hotel, a school, office space, is welcome as well.

Is there a role for public-private partnerships in this investment drive?

There is an ongoing effort to make regulation simpler for investment. For Abu Dhabi itself we have finalized a bilateral investment treaty to protect all investment from this country to Indonesia. We have also finalized a double taxation deal to make it easier for UAE to invest in Indonesia.

We are rich in resources – mining, energy, oil, gas, forests, anything an investor might need

With so much going on, what would you like to see happening next?

We have big projects in the pipeline for food and energy security, and it is my dream to fulfill them with help from Abu Dhabi. We import a lot and we spend a lot of money on food and energy, so these are important issues. We also have many talented engineers in Indonesia, and we hope to bring many workers and expatriates to Abu Dhabi to work in industry and airlines.

What is your final message to UAE businessmen and private sector investors? Why invest now in Indonesia?

They must come now because if not, others will. Indonesia has everything you need. Indonesia is also good for tourism, as it has thousands of islands, reefs, mountains, temples, the beautiful island of Lombok, and everything imaginable. We are also very excited about the World Expo 2020 in Dubai, and will work hard to make it a big success.