Indonesia is pumping $9.6 billion into its defence industry, a budget that is spurring new military equipment contracts with the UAE

To promote self-reliance in military equipment and create more permanent high-skilled jobs, President Joko Widodo is seeking to revolutionise the country’s defence industry. Newly approved spending will expand the proposed defence budget for 2020 to $9.6 billion, amounting to a year-on-year increase of nearly 20%. This budget meets the administration’s target to spend 1.5% of GDP on defence, in line with Indonesia’s larger military reform goal. 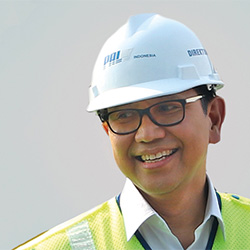 One of the Widodo government’s major hopes with this budget is to expand Indonesia’s military hardware export market, enabling domestic defence contractors to manufacture advanced-grade weaponry and drones to sell to countries like the UAE. The increased manufacturing capacity would also help Indonesia meet the minimum response goals outlined for a variety of strategic threats.

Indonesia’s Ministry of Defence has drawn up proposals for multi-billion-dollar investments, including the advanced production of fighter aircraft, transport aircraft, submarines, tanks, air defence systems and surface fighters, which will create jobs whilst meeting counterinsurgency and disaster relief operational needs. Moreover, a principal goal of the spending is to enable Indonesia to boost its participation in UN peacekeeping efforts.

Last February, Defence Minister Prabowo Subianto signed a memorandum of understanding with Mohammed Ahmed Al Bowardi, the Minister of State for Defence of the UAE, to forge cooperation in weaponry production. The joint venture includes the production of drones by Indonesia and wider aerospace projects in the fields of armoury and ammunition.

The new budget will enable advanced-grade weaponry and drone

Strong potential exists for further joint ventures between Abu Dhabi and Indonesia. Through technology transfer in the form of engineering expertise, Abu Dhabi’s know-how and Indonesia’s labour force could come together to produce sophisticated products primed for export. There are also significant opportunities in the defence industry for maintenance, repair and overhaul services.

In general, the UAE plans to continue advancing international defence cooperation with the dual aim of speeding up key projects and staying on the cutting-edge of the defence sector. Diversifying trade and investments with strategic partners like Indonesia is a cornerstone of that plan.

In an effort to spark an industrial revitalisation, such new partnerships with the UAE could fast-track Indonesia’s mission to move away from dependency on natural resources and transform into a modern manufacturing and competitive services hub.