Last October, Indonesian President Joko Widodo entered his second and last term in office without missing a beat. A reshuffled cabinet was swiftly lined up, which hatched a new impetus to scout funding for a bold $412 billion infrastructure programme. 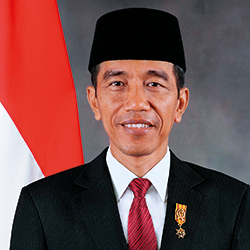 In the capital of a new country, we invite the world to bring the best technology, the best innovation and the best wisdom

President of the Republic of Indonesia
READ INTERVIEW

A masterstroke then unfolded. In his first trip overseas of 2020, President Widodo signed a historic $23 billion deal on January 13 in Abu Dhabi with His Highness Sheikh Mohammed bin Zayed Al Nahyan, Crown Prince of Abu Dhabi and Deputy Supreme Commander of the UAE Armed Forces.

Evolving from a July visit Sheikh Mohammed made to Jakarta after President Widodo won re-election, the agreement has been heralded as the largest deal in Indonesia’s history. These funds will give steam to the infrastructure drive, as well as Indonesia’s ambitious new capital relocation, a project said to be worth $32 billion alone.

Indonesia has been scouting funding for a $412 billion infrastructure programme

The landmark agreement includes 11 business deals between Indonesia and the UAE and will cover a breadth of projects in the energy and infrastructure sectors; yet, the deal will likely have knock-on effects that reach every part of the economy.

In the gas industry, Abu Dhabi National Oil Company (ADNOC) signed a deal with Indonesian state-owned energy firm Pertamina to upgrade a refinery in West Java. The agreement also included a deal from ADNOC to supply 528,000 tonnes of liquid petroleum gas (LPG) to Pertamina by the end of 2020, as well as a separate deal with PT Chandra Asri Petrochemicals.

This large labour population is between 25-54 years old

The lead backer for many of these G2G projects is Mubadala Investment Company, Abu Dhabi’s enormous $232 billion sovereign wealth fund. Mubadala is also expected to invest in the expansion of a Pertamina refinery in the port city of Balikpapan, which is close to the site earmarked to become Indonesia’s new capital.

Perhaps the most transformative of the G2G agreements concerns counterterrorism. The MoU outlined joint ventures in the manufacture of drones by Indonesia, as well as aerospace projects. As a result, Indonesia’s PT Dirgantara Indonesia (PTDI), one of the region’s top aircraft manufacturers, signed a deal with Abu Dhabi-based Calidus, a major defence vehicle producer. PTDI is also now preparing to launch Indonesia’s first surveillance drone production programme.

Education also came under the spotlight in Abu Dhabi. One of the key G2G agreements signed will plan out an expansive broadband network that stretches 35,000 kilometres across Indonesia. The Telkom Indonesia-led project called the Palapa Ring will greatly improve high-quality 4G internet access for schools in far-flung parts of the archipelago. 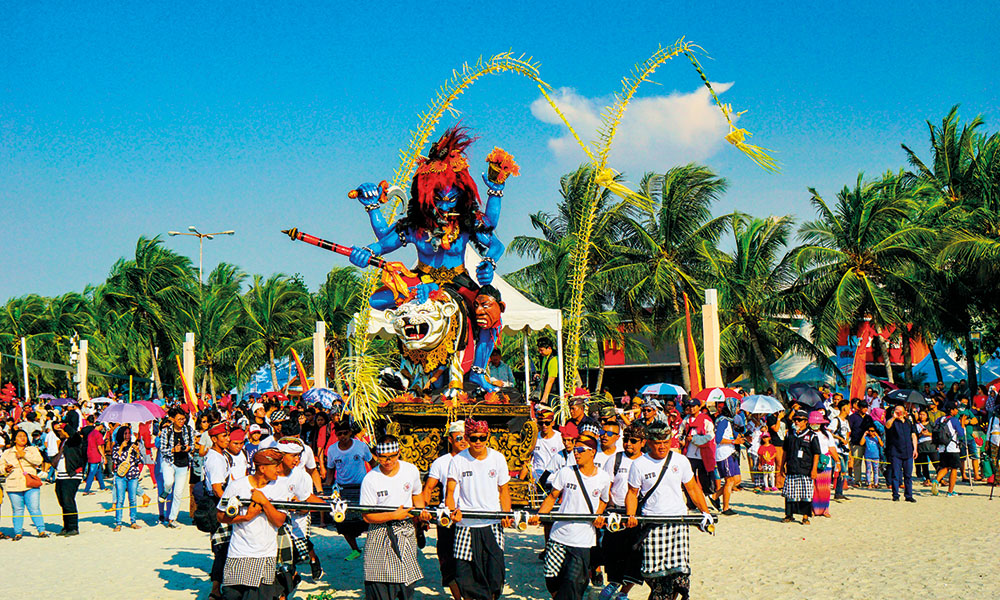 The Ogoh Ogoh festival in Denpasar, Bali is celebrated the day before Nyepi, a day of silence that marks the Balinese new year. 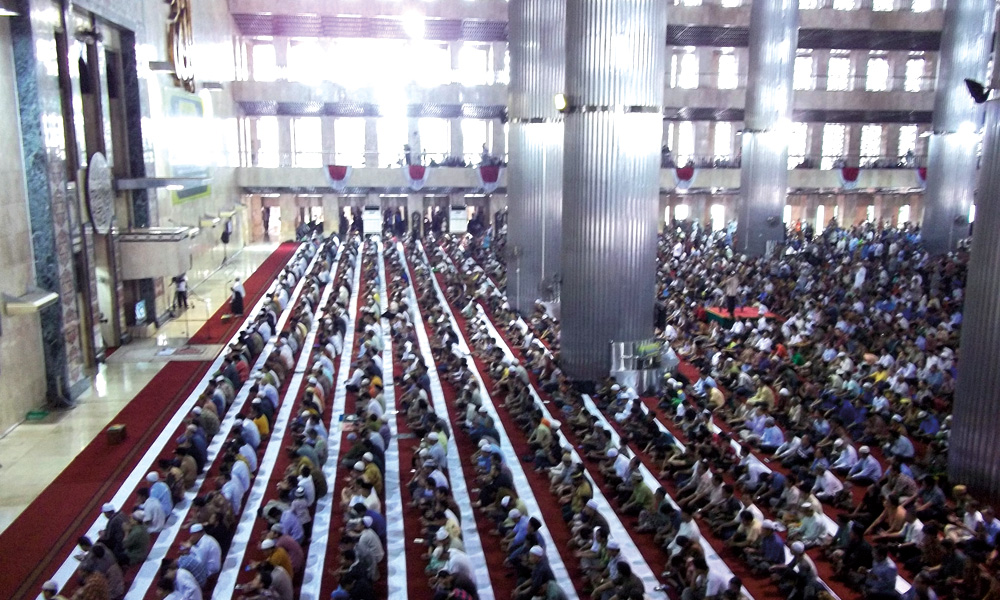 Istiqlal Mosque in Jakarta is Indonesia’s largest mosque, with a capacity of 200,000 people.

Indonesia is a land of superlatives. Its vast archipelago, the largest in the world, composes the world’s fourth most populous nation, which also includes the largest Muslim population on Earth.

For overseas investors in manufacturing, Indonesia’s workforce is larger than the total population of most countries. Of the 270 million people in the nation, about 42% of them are between 25 and 54 years old. This constitutes a strong demographic dividend that can fuel export industries.

Domestically, the nation has one of the fastest-growing middle classes in the world: 50 million people now have disposable incomes and growing demands for more expensive goods and services. Moreover, in the coming years, large ICT infrastructure projects promise to expand digital access across the islands will open large populations of Indonesians to easy e-commerce access for the first time.

With world-beating deposits of minerals like nickel, extensive geothermal potential and growing digital infrastructure, Indonesia’s investment opportunities are plentiful. Going forward, the large investment deal struck with the UAE will only boost the profile of these projects, redoubling Indonesia’s trajectory to become the world’s fourth-largest economy by 2050.